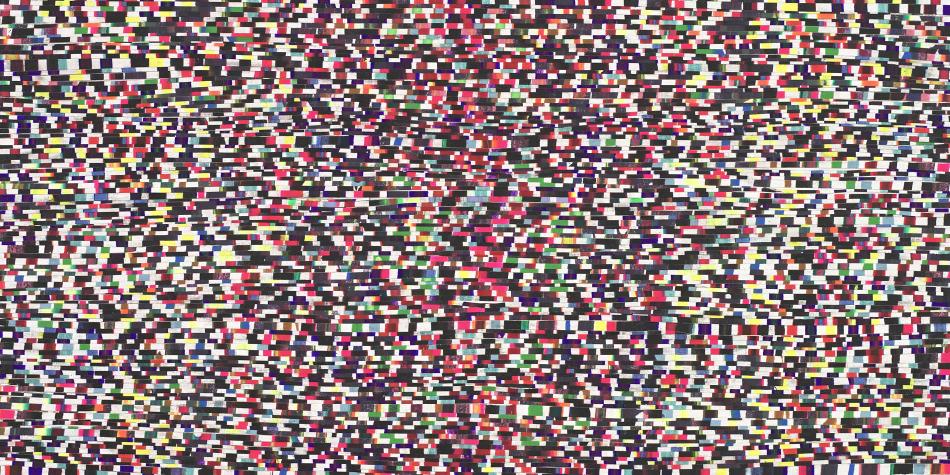 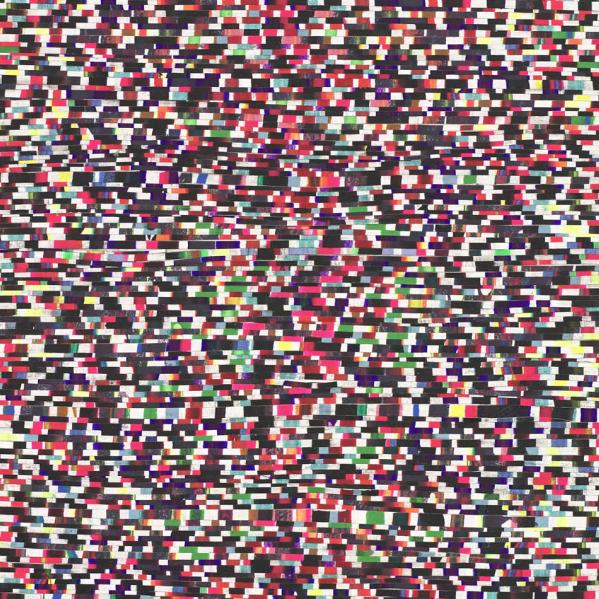 Galerie Pugliese Levi is pleased to announce its opening in Berlin. The inaugural exhibition will show recent works by the Danish painter Maibritt Ulvedal Bjelke. Opening reception on Saturday, March 18th, 2017 at 18:00, in the presence of the artist.

Galerie Pugliese Levi opens in Auguststraße with a solo exhibition by the Danish artist Maibritt Ulvedal Bjelke. The work of the artist is shown for the first time in Germany.

The works of Maibritt Ulvedal Bjelke fascinate the viewer by their color. The juxtaposition of different, very narrow strips of paper, on which only colored sections can be seen, produce an apparent flicker. From a distance, the small and large formats of Static Paintings (from 7.5 × 10 × 3.5 cm to 180 × 180 × 3.5 cm) are very lively and three-dimensional. The applied collage technique creates randomly arranged new patterns and structures, which demonstrate the infinite combination possibilities of form and color and, when closely scrutinized, reflect the craft process. The large format static paintings are presented here for the first time ever.

The work of another group of works is painted with seemingly fleeting stripes, but not with the brush, but by a dripping technique: diagonal, horizontal, vertical - always with a clear integration of the white background into the rhythm of the colors. Dynamic and break-up of the lines result from the combination of different formats, e.g. Two triangles forming a square, six triangles forming a hexagon, or multi-part rectangles.

For Maibritt Ulvedal Bjelke there is at first no concrete idea for a picture, the painting process itself and the color give the creation of the picture before and thus open up the entire picture space. Her works are images for their own sake, objects in space, which can be filled with meaning and emotions by the viewer and are completely devoted to him. 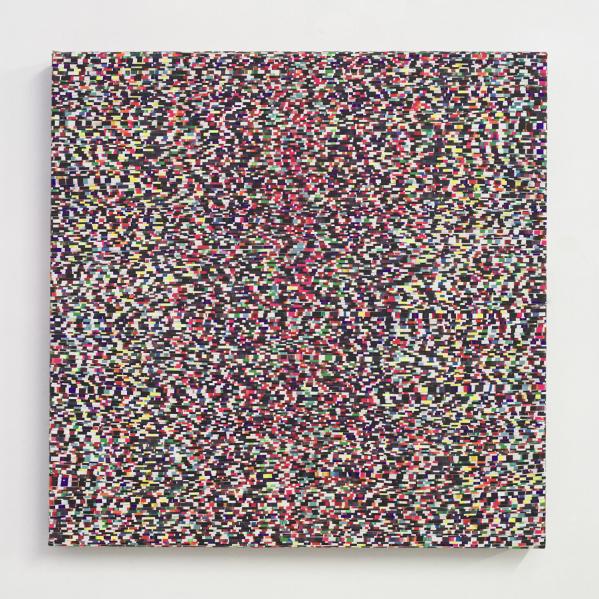 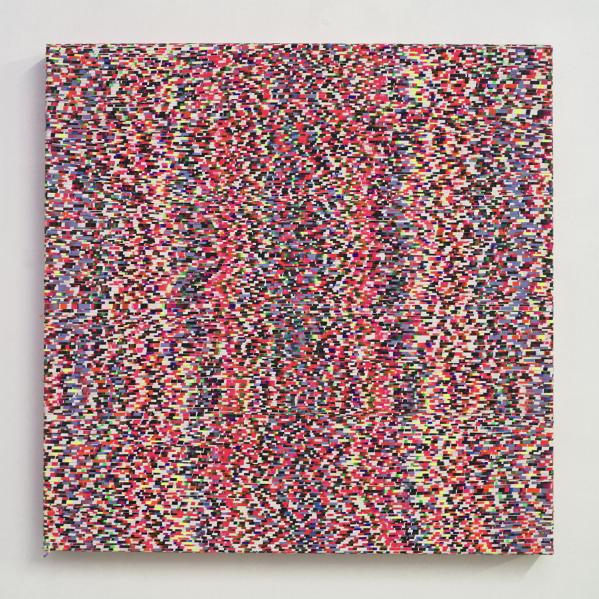 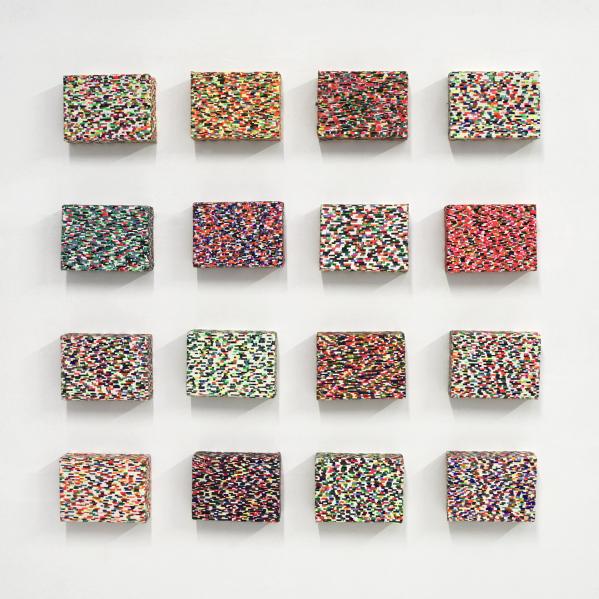 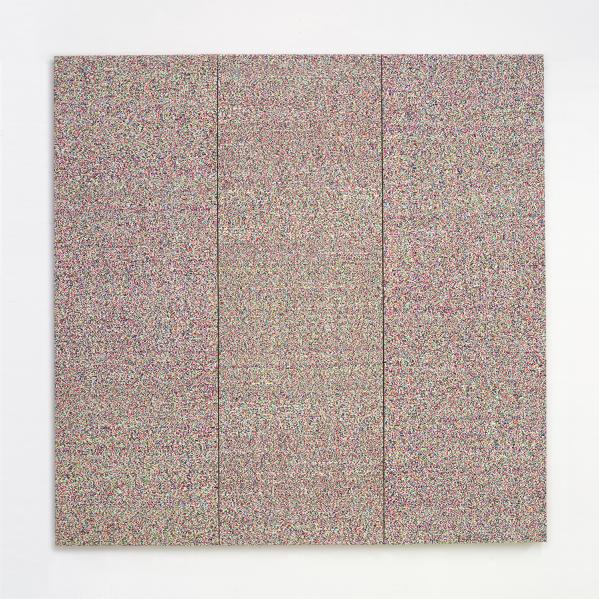 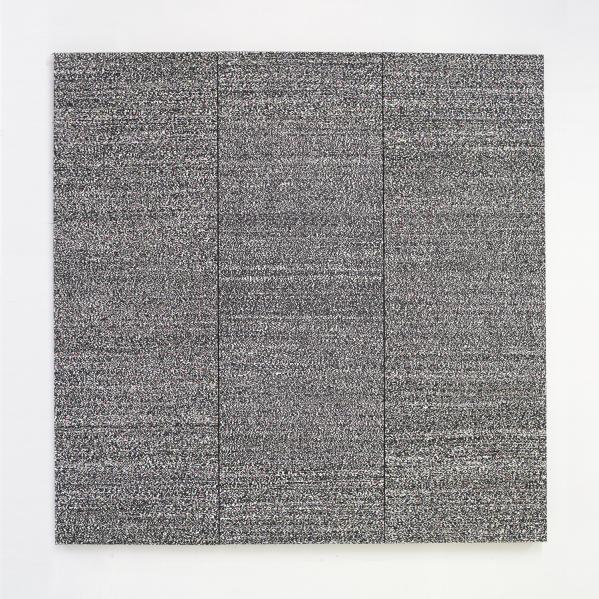 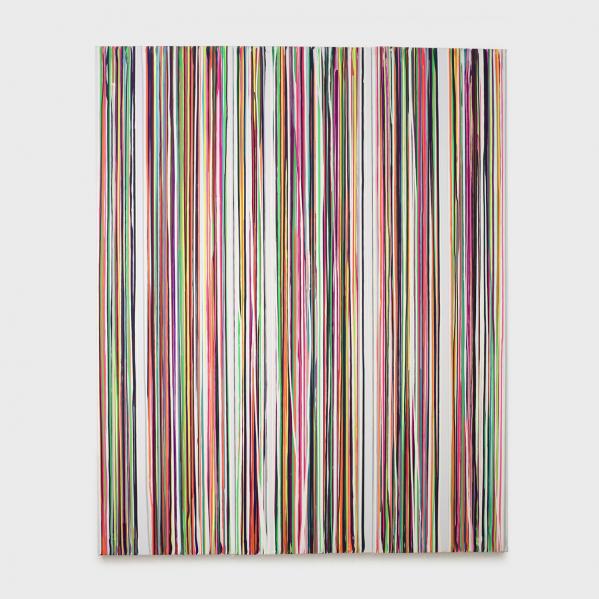 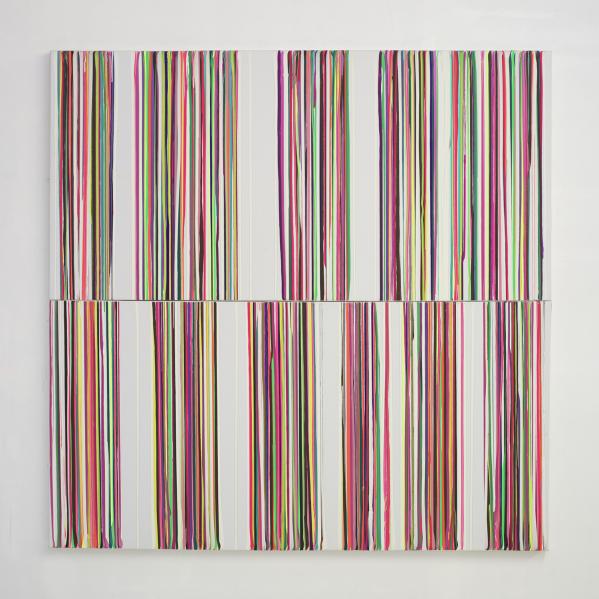 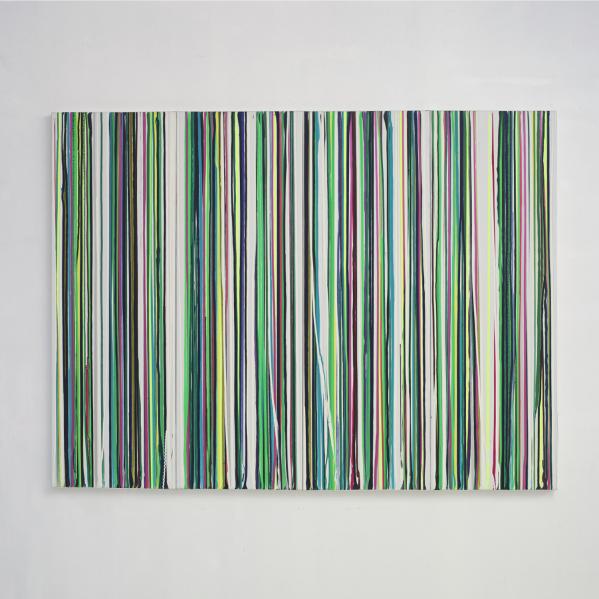 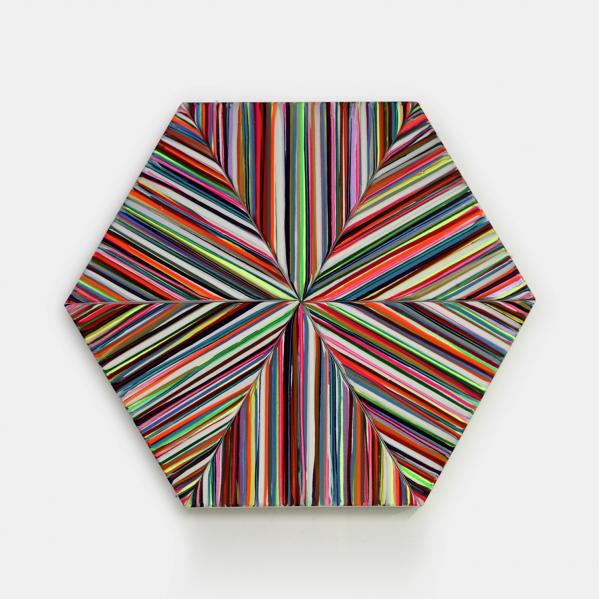 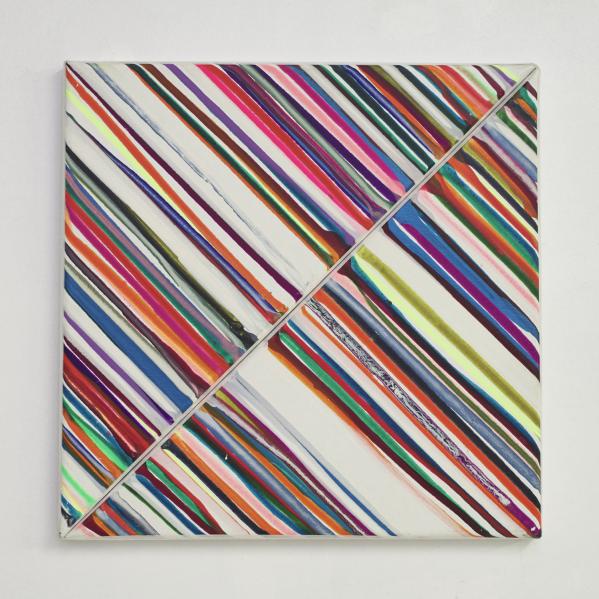 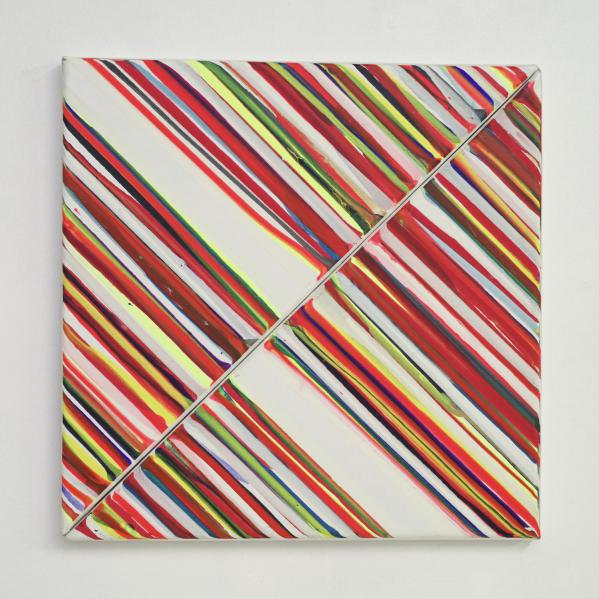 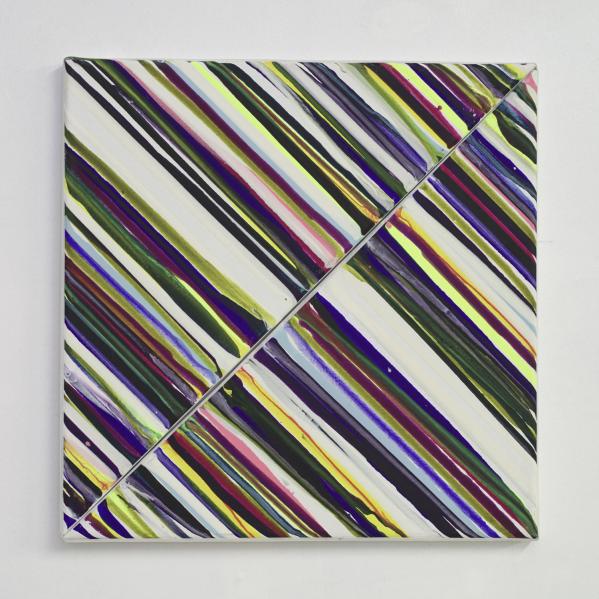 Maibritt Ulvedal Bjelke was born in 1967 in Copenhage'n. She arrived at the École ­nationale supérieure des Beaux-Arts, Paris from Denmark in the late eighties, where she ­studied painting until 1993. Paris having been her home and “work centre” for more than 25 years, in 2011 she moved to St Leonards-On-Sea in England, where she currently lives and works.

Maibritt Ulvedal Bjelke has been invited to participate in a number of artists’ residencies around the world, including The Josef and Anni Albers Foundation in Connecticut (2007) and The Mark Rothko Foundation Centre in Latvia (2009).

Her work has been shown in numerous exhibitions in France (Galerie Maria Lund, Zürcher, Suzanne Tarasiève) — in Denmark (Galleri Weinberger, Banja Rathnov Galleri & Kunsthandel) — in Switzerland (Galerie Proarta) and in the United States (DCA Gallery). She was also a Prize Winner at the Galerie Municipale de Vitry-sur-Seine, Paris, in 1999. Her work is present in a number of important international ­collections, including the Josef and Anni Albers Foundation, Mark Rothko Centre, Cerrutti, Giorgio Armani France, General Motors, Copenhagen Art Foundation.

Recent solo shows include This Way Up at Lucy Bell Fine Art, in St Leonards-On-Sea, in the spring of 2014, and the same year her Paris gallery, Galerie Maria Lund, showcased her paintings at Art14 in London. Recent group exhibitions include Lust & Colours at Banja Rathnov, Museumsbygningen in Copenhagen, Eclipse a group show curated by British artist Erin Lawlor, at the Municipal Gallery in Moscow, and Here comes the sun, a group exhibition at Galerie Maria Lund in Paris in 2015. 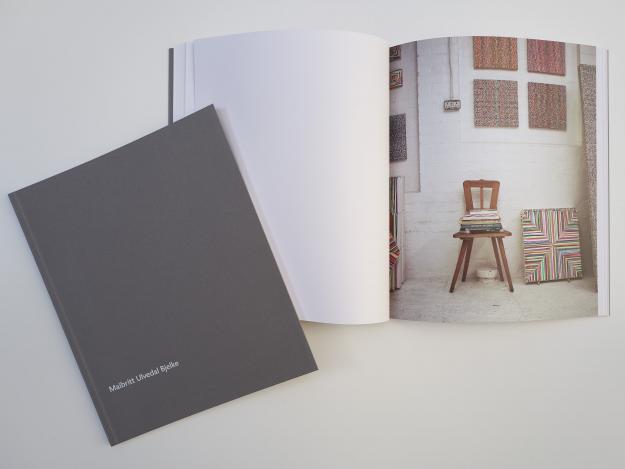